Unlike the other states where marijuana legalization has taken effect, Alaska is a solid Republican state – a sign that different constituencies are supporting such measures. Alaska is also known for a strong libertarian streak. 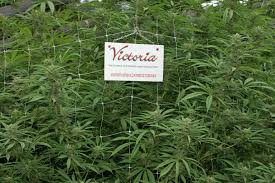 In states where it is legal to grow your own I expect state governments will miss out on a lot of tax revenue. Weed plants can grow up to several feet tall and the law allows up to six per household. And you can gift it to your friends. Overtaxing it will only add to people growing their own in states they're allowed to.