Jeb Bush tiptoes into critique of his brother’s Iraq legacy 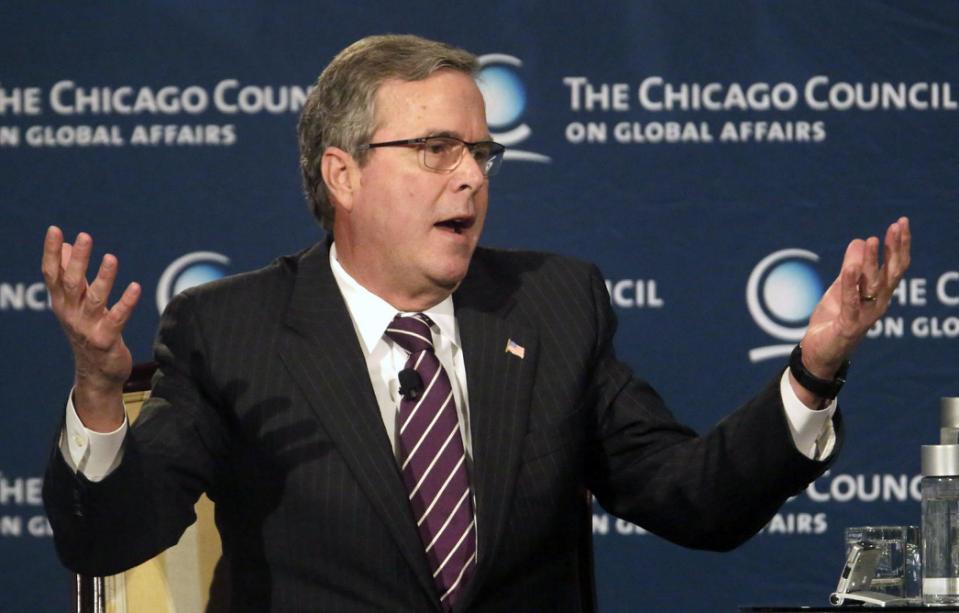 Jeb Bush continued his introductory tour of the American political scene Wednesday, giving his third major speech in less than a month and dealing for the first time as a likely presidential candidate with his brother’s legacy in Iraq.

Curious Jebs words don't match with his actions. He is goblin up the same people that worked in both his dads and his brothers administrations. Doesn't really seem like he is his own man but more troubling he will get advice from them. We know how that turned out last time. Bush 2 nearly sent the country into a depression. Father Bush and W have between them three wars. W with the help of Cheney and Condi ignored very accurate intel on Al Qaeda (Al Qaeda plans to use planes as missiles on U.S. cities). Why on Earth would he want to surround himself with failures. I think Jeb will have a hard time being his own man. He and just about every Republican out there follow the GOP's "Voodoo trickle down" policies. The policies Reagan, Bush 1 and Bush 2 used. The voodoo policies didn't work for any of them and you really have to wonder about Jebs judgment. Need to clarify a little on trickle down it failed the middle class but worked well for the mega wealthy and corporations.