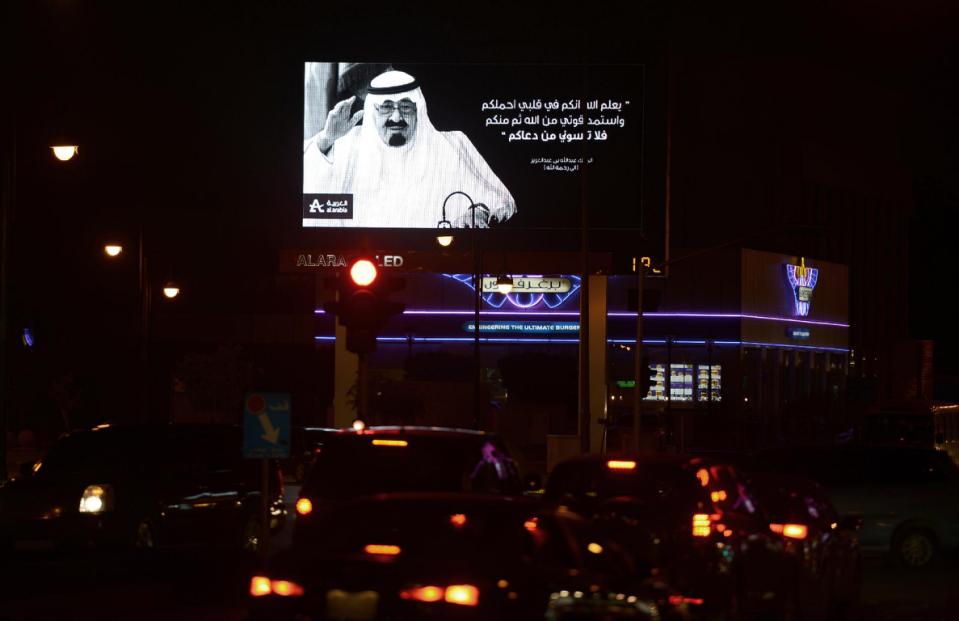 On Saturday World leaders arrived in Riyadh to say goodbye to king Abdullah, who died on January 22. Among those who came to express their condolences to the Royal family, Vice-President of the United States Joe Biden, British Prime Minister David Cameron, French President Francois Hollande, Japanese Prince Naruhito.

So the world leaders go to Saudi Arabia begging the King that supports Wahhabism, the faction of Sunni Muslims that is "the guiding light" for ISIS, al-Qaeda and other Sunni Muslim terrorist organizations. Of course Wahhabism is financially supported by the Royal family, too.
So where is the real enemy??

Most interesting is that the funeral will represent the country Vice President !!! Why in the France could not come too??? Soon, perhaps, America in general will not hide their relationship with terrorists!

From what I've read, the new king suffers from dementia. He once traded 5 known terrorist for a deserter. No wait. That was Obama. Never mind.