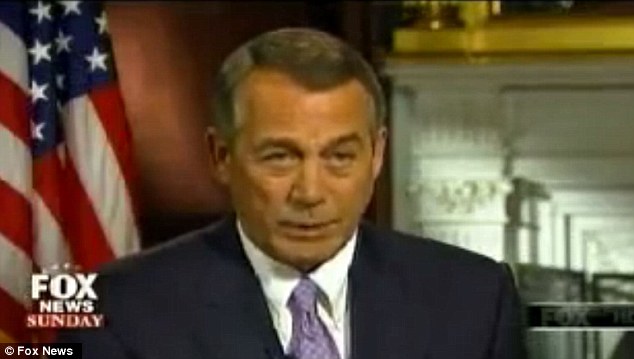 John Boehner, the Republican House of Representatives speaker, said he is willing to let funding for the Department of Homeland Security lapse as part of a Republican push to roll back President Barack Obama's executive actions on immigration.

Regardless of who is 'At Fault' here, the huge majority of the Homeland Security Department will remain open for business and continue to operate as usual even without 'funding'. As most of the department, and personnel, are considered to be 'Essential to the security and safety of the Country', they continue to do their job, even if the politicians don't. That means that the U.S. Coast Guard will still patrolling, the TSA will still be on duty, shipping ports will remain open, inspectors will still be...inspecting, etc. So any posturing by either party is nothing more than trying to rile up the people who are NOT informed of what will actually NOT happen, if nothing occurs

Good. Shut it down. Obama's move on im.migration is not legal and it opens the border wide open. Someone has to put an end to this. Besides, Everyone knows it's the FBI that does the real anti ter.ro.r work.

It's hard to fathom how anyone can believe that our national security is at stake over this funding battle.

It is been made clear through any number of sources that none of this will have the slightest bearing on our national security; we are not going to wake up next week and find ISIS in our living rooms. I would argue that the Department of Homeland Security itself is a threat-aside from being one of our most expensive and least effect of agencies. It should never have been created – an unfortunate gift from the George Bush administration. Buying up hundreds of millions of dollars worth of ammunition, distributing war toys to our police departments around the country, operating the ridiculous TSA, and essentially duplicating the functions of its member agencies which function just fine without it, it's actually too bad that this funding "Battle" won't result in its total shutdown – we'd be the better off for it.