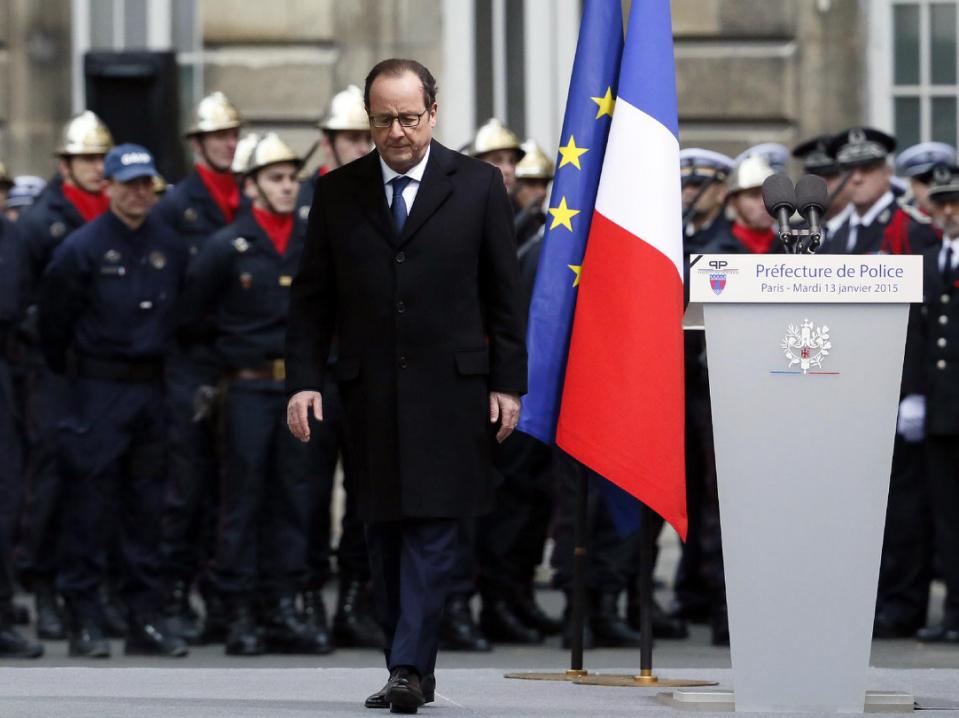 Speaking at an annual dinner hosted by the country's Jewish community, Hollande called for "faster, more effective sanctions" against hate speech and added: "I want such speech to come under criminal law rather than press laws."

Hollande said anti-Semitism should be treated as an aggravating circumstance in the prosecution of all offences.

Would-be jihadists would also face stiffer punishment under a draft intelligence bill to be unveiled next month, he said.

The dinner was marked by the absence of the rector of the Great Mosque of Paris, Dalil Boubakeur, outraged over comments by a Jewish community leader, Roger Cukierman, blaming young Muslims for anti-Semitic violence.

Cukierman said he "deeply regretted" Boubakeur's absence from the dinner, adding: "Jews and Muslims are all in the same boat and I hope that contact will swiftly be reestablished."

Since January's attacks, in which 17 people were killed, including four Jews gunned down at a kosher supermarket in Paris, soldiers and police have been deployed outside synagogues and Jewish schools.

French migration to Israel hit a record high last year of 6,600 people, and many believe the trend will accelerate.

France is still on high alert following January's shooting rampage by three jihadists who attacked the Charlie Hebdo satirical magazine, the Jewish supermarket and police officers in a three-day campaign of terror.

The attacks were the worst in France in decades.

The violence in Paris and more recently in Copenhagen, where two people were shot dead in attacks on a cultural centre and a synagogue, has sparked fears of a major threat from radical Islamists.