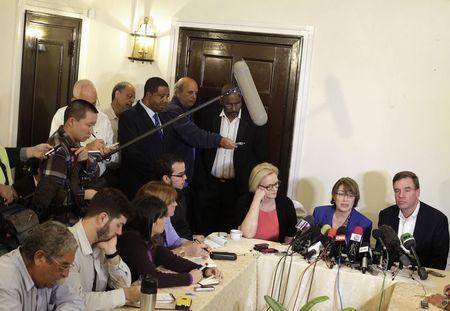 The United States and Cuba will hold a second round of talks in Washington nest week aimed at restoring diplomatic relations, the State Department said on Tuesday, as U.S. Democratic senators visiting Havana said there may be enough support among Republicans to lift a trade embargo on Cuba.

No reason to US Embargo to Cuba, as well as to include Cuba into so called Terrorist List. US have close relations with Saudi Arabia , country with medieval political system, violator of human rights, where one Dynasty rules all the issues. None of US lawmakers are complaining that, even in the light of the last revelations relating Saudi government to 9/11. Sen. Bob Graham,( the same got approved the infamous Graham Amendment qualifying Cuba in 1997 as threat for US) said he is sure this is a fact. Cuba and US should be together fighting terrorism.