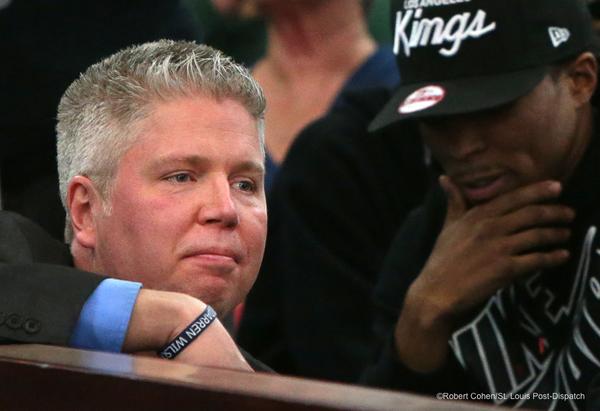 A city council meeting in St. Louis turned ugly on Wednesday when the business manager of the city's police union got into an altercation with people he called "anti-police radicals."

So this is typical..the liberals get their views heard, their plans accusations heard, their usually unfounded complaints, but when the opposing side needs to get air time to have their views heard they are drowned out, shouted down, and bulldozed. This is not America...with liberty & justice for all...It has been proven Brown was a thug, and was the provocateur in his own demise. Yet the uneducated masses are led like sheep. You should actually be apologizing to the Ferguson officer for the abuse. The looters in the name of Brown, need to go to jail...the race Hustlers, Sharpton, Holder & even Obama should be taken to ask...This whole incident was one huge manipulation by black leaders to further their cause. What a shame the uneducated masses did not see this...Where are the leaders now? What is Sharpton saying now? Holder now? Obama now? The damage has been done...but there are no apologies...

First off I'm tired of this being a story so I'm just copying and pasting what I've already written Takes one to know one.

criminals deserve one thing the cell they sleep in. Cops are heroes and protect them, as soon as they are having problem guess who they cry for the police hypocrites. they can have their "Review Board" just then don't send police there until they learn A. Darren did his job and B. that we all need cops whether we like them or not... i know i personally hate speeding tickets but yeah haha.