Legal pot arrives in District of Columbia amid wrangle with Congress 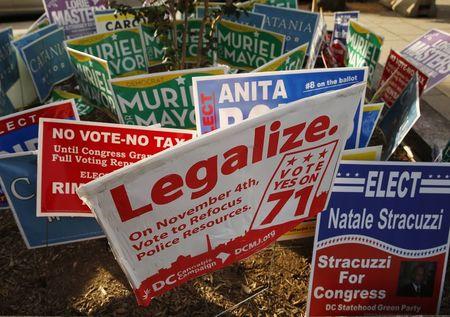 Possession of small amounts of marijuana became legal in the District of Columbia on Thursday amid a face-off between local officials and the U.S. Congress over whether the new standards are lawful.

Legal weed in D.C.?This from a bunch of stuffy old men and women who famously bicker like children among themselves?I live in Ga. and still have to make a phone call and see if he has any.Then i have to wave at the camera and wait for him to un-lock the door.I feel like i'm buying crack or something,but i just smoke weed.He goes to Col. once a month in his RV loads up and makes a killing at $20 a gram.Hint....Catch up GA. with the times.I don't drink been there done that quit years ago.Just smoke a little pot and if that's a crime then i'm guilty as charged...