No Immigration Deal in Historic First Meeting between Cuba, US 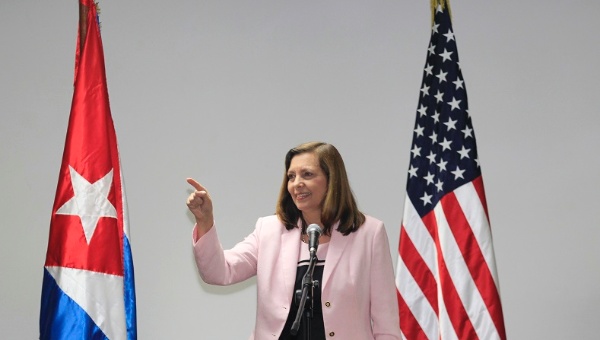 Cuba and the United States discussed practical steps to restore diplomatic relations, negotiations are productive, said the Deputy head of the Directorate of the U.S. Cuban Foreign Minister Gustavo Machin,

The US assistant Secretary of State for the Affairs of the Western Hemisphere, Roberta Jacobson is in the capital of Cuba.

I'm a Cuban expat and have for a long time thought continuing the embargo was a bad idea. Seriously, we do business with China, Vietnam, Russia, any number of countries who's "human rights" records and suppression of political freedoms is right there with Cuba.

This is the first thing in his entire presidency that I can actually agree with Obama. It's time to move on.

The Castro government, the "revolution" hasn't needed US commerce to survive. Our business isn't going to make or break them. Maybe if we help the people achieve better lives they'll decide it's time to do something about their own government.

I read some of the comments on here from the knuckle draggers. The truth is that we don't condone the Castro regime in Cuba. The only way it will ever change is by the Cuban people themselves. Being exposed to Americans and the American way of life may help them to pursue our way of life.

Obama is not condoning the Castro regime, he is opening doors for the Cuban people. Too bad that the right wing haters on here can't see that.