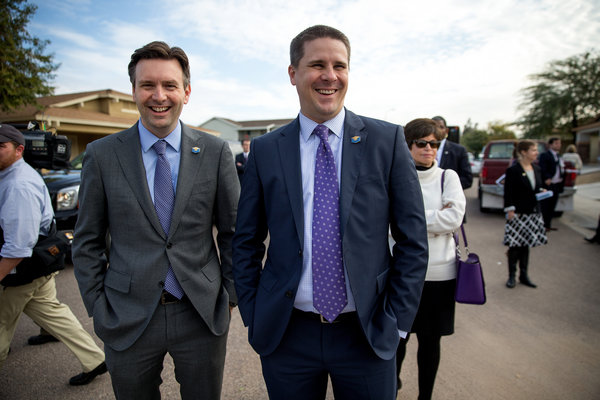 Dan Pfeiffer, senior Advisor to President Barack Obama and one of his faithful helpers, put the President on notice that he intends to leave the White house at the end of February.
Care Pfeiffer will be for Obama turning point: in the last year of its activity on the post of the President of the United States, the President remains the most trusted persons.

Probably will be named in a scandal in the next few months. Obama probably asked the media to hold off until he gets clear from POTUS.

I have a hard time thinking of Pfeiffer as SENIOR ANYTHING! However, he did spit out the Obarry party line, smiling as if he liked the taste of crap. Lets see, how many young white boys have been either thrown overboard or jumped 'till now: Gibbs, Carney, Pfeiffer, etc. Soon, Josh Ernest will have to go. All in the name of political correctness. How did this, well, "person," get elected in the first place? And then AGAIN?? His legacy....a FAILED, CORRUPT, IMMORAL, EGOTISTICAL, D-A-N-G-E-R-O-U-S eight years. Poor Ben Carson, if he actually decided to run for the office. He's got ONE HUGE HURTLE to jump = the lying mouth of Barry Pinocchio.

Who would in their right mind want to finish up on a team that has increased the National Debt from $ 12.

6 Trillion to $18 Trillion in 5 years . Bush only increased the debt from $9 trillion to $ 12.6 Trillion in 8 years and had to deal with 911, also. If Clinton had listened to the CIA when they offered Ben Laudin's head on a platter rather than a Secret Service Agent who told Bill that Monica was under his desk we would have avoided 91