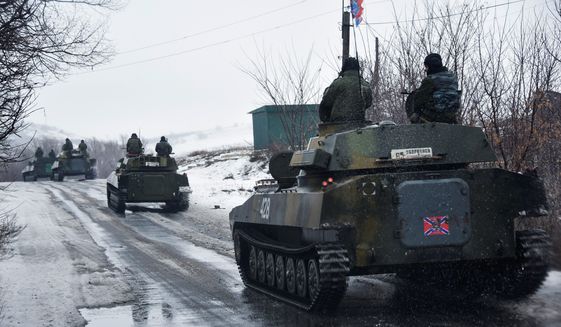 U.S. policy towards Ukraine failed, the aggravation of the situation in the Donbass could have been avoided, says the Professor at Georgetown University (Washington), head of the analytical center Potomac Foundation, Philip Karber.

“The war in Ukraine is not a ‘frozen conflict,’ it’s a freezing war,” he said.

This is a gift to Russia from our terrorist loving President--Barry Obama. He stood by and allowed his Ambassador to Libya to be slaughtered. He is giving Iran a Nuclear Weapon, allowing millions of illegals, criminals, and terrorists to enter the country. He is a threat to every democracy on the planet.

Not to fear, Obama was hard at work in the Oval Office today making plans to...Uh, what's that? He was giving speeches traveling the USA? Oh... scratch that.