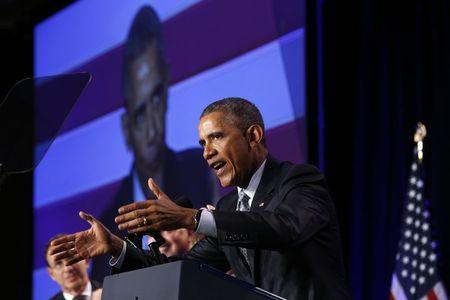 President Barack Obama on Saturday began a broad sales pitch to the U.S. public about the merits of free trade deals, an area in which he faces stiff resistance from many in his own Democratic party.

There is no such thing as "fair" trade or "free" trade. I have made 3 extended trips to China teaching and find everything from Crest toothpaste to Buicks sold there are MADE there. The only product I have found actually made in the USA is "Rocky Mountain Marshmallows'" made in Illinois. Nearly every "American" product you buy here is sold there but also MADE there creating no income for Americans and causing Americans to lose jobs. Congress and presidents have conned us into second nation status, caused the deficit by reducing the good paying jobs here, and created a welfare state for their own financial gains.