U.S. ground troops could be needed in Iraq: Chuck Hagel 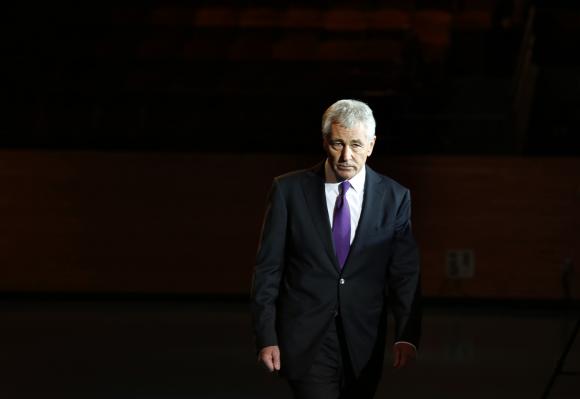 Hagel, who announced his resignation under pressure in November, all options must be considered in Iraq, including sending troops for non-combat roles such as gathering intelligence and locating Islamic State targets.

We continue to have a problem in dealing with our war efforts. We set so many rules for engagement up that our military can't get the job done. What would the result have been in WW 2 if we couldn't Fire at certain targets because there my be collateral damage, or a certain part of Germany would have been upset at America. Germany was flattened. After the war, the country was rebuilt. But under our terms. Since then our efforts in Korea, Vietnam Iraq etc have been hampered by rules of engagement. We either go all in or not at all

When he says "non-combat ground troops," let us be clear what he is talking about. He is talking about some of the most dangerous jobs of all. Such as penetrate deeply into enemy territory with only a few men and no logistical supply line or reinforcements, in order to identify targets, verify that there are no civilians present, and paint a laser signature on the target so our planes can bomb them.

Plenty of opportunity for our guys to get killed, or even worse, caught; imagine what ISIL would do if they got an American captive, especially since Obama traded five top Taliban for Bowe Bergdahl. We're talking about a long process of gut-wrenching, humiliating, and ultimately fruitless negotiations, with the guy finally being beheaded whether we make ransom or not.