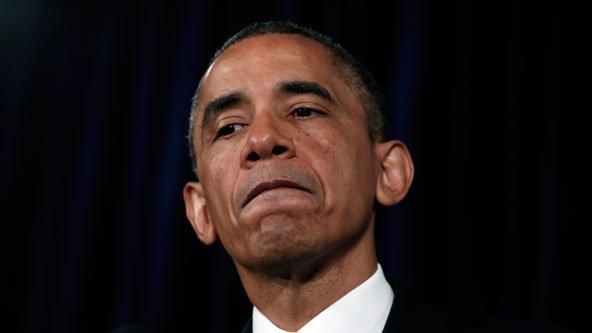 To no one’s surprise, President Barack Obama issued a veto this week. Until now, Obama has had very little need of this authority; this is only the third of his entire presidency. For the first six years of his time in the White House, Democrats controlled the Senate, and Harry Reid made sure that Republican initiatives never reached his desk by blocking them from floor votes, even after the GOP won control of the House in 2010 and kept it in 2012.

That changed last November, when Democrats suffered their second consecutive midterm blowout and lost control of the Senate. Reid lost the ability to control the floor, and with that most of his ability to stop the Republican legislative agenda from proceeding – at least that without some Democratic support.

Senate Majority Leader Mitch McConnell has been frustrated in four attempts to pass the funding bill for the Department of Homeland Security from the House that cuts off spending for Obama’s announced executive actions on immigration. Reid managed to unify his minority Democratic caucus well enough to sustain the filibuster on the bill, and now McConnell has to work with Speaker John Boehner on a Plan B to fight Obama’s actions – even while a federal court blocks them for executive overreach.

That makes the veto Obama issued even more instructive. Obama killed a bill that would have forced the authorization of the Keystone XL pipeline, designed to bring crude from Alberta tar sands in Canada to refiners on the Gulf coast. The project would create 40,000 jobs in construction and pipefitting over the two years it would take to finish it.

For that reason, unions strongly backed the Keystone XL project, while environmentalists bitterly opposed it. Both of those are important constituencies for the Democratic Party, and the tension was reflected in the votes on the bill in both chambers. Twenty-nine House Democrats joined all but one of the House Republicans in passing the bill 270-152, while nine Senate Democrats joined all 53 GOP Senators for a 62-36 passage in the upper chamber.

The bipartisan nature of the vote represented, and perhaps underrepresented, the broad approval of Keystone XL among the American electorate. A CNN poll in January showed that 57 percent of Americans wanted it approved, while only 28 percent opposed it. The bill had majority or double-digit plurality support in almost every demographic – age, region, gender, income, education. Only among Democrats and self-described liberals did opposition exceed support, and in those cases only by single digits.

With this level of general agreement on a significant issue, one might think that a president who wants to find ways to “work together” with Republicans on bipartisan initiatives, as Obama repeatedly promised, would have signed the Keystone XL bill. That, however, assumes that Obama wants to “work together,” and actually supports moderate and bipartisan initiatives. This veto shows clearly that Obama, as Louisiana Governor Bobby Jindal said in his response to Obama’s action, is “a pawn of the radical Left.”

Obama has talked about generating jobs in America. The Keystone XL project would create tens of thousands of direct and indirect good paying jobs for the duration of its construction phase, and would continue to support job creation in Louisiana, a point Jindal emphasized in his response as well. "The President is shirking his responsibility to deliver good paying jobs to American workers,” he continued. “They are ready to work; they just need the Obama administration to get out of the way.”

The Obama administration has been dismissive of this claim, pointing out that the jobs would be temporary. That’s true – but the mythical “shovel-ready jobs” from Obama’s 2009 stimulus plan were just as temporary, if not more so, being mostly generated in public-infrastructure maintenance that only lasted a few months to a year. Plus, this project did not require massive government spending, as the companies that benefit from the pipeline would have funding most of the effort. It would cost Obama almost nothing to create those jobs other than the ink it took to affix his signature to the legislation.

The statement that Obama issued with his veto fumbled through excuses and hypocrisy while failing to give any good reason for blocking the project. He accused Congress of “attempt[ing] to circumvent longstanding and proven processes” for approving cross-border pipelines. Congress intervened, though, because Obama sat on the project for the entire six years of his presidency rather than allow those processes to come to a conclusion.

Obama insisted that he wants to wait for the existing process, through the State Department, to be complete before making a decision on Keystone. A decision now “cuts short through consideration of issues that could bear on our national interest,” Obama states, as though six years isn’t sufficient time to consider anything.

We fought and defeated Nazi Germany and imperial Japan simultaneously in less than four years. In this case, State issued a finding over a year ago that the pipeline project would be neutral on climate change and would not have a serious impact on the environment. That was actually the second time in two years the State Department reached that conclusion. Congress didn’t attempt to circumvent the process; they want Obama to quit stalling.

The president also stated that he was at the mercy of “established executive branch procedures,” a claim that deserves widespread derision. As president, those executive branch procedures serve his office to facilitate his leadership and decision-making. Obama has wide latitude to amend those processes – and in this case, an opening provided by Congress to dispense with them.

More to the point, though, this is the same president who announced three months ago that he’d rewrite the law unilaterally to expand amnesty to millions of people who emigrated illegally to the US. It’s his administration that filed a request for a stay after a federal judge reminded him that it takes Congress to change the law, not a president on his own. In other contexts, Obama’s sudden modesty and adherence to “executive branch processes” might have been amusing. In this refutation of a bipartisan consensus on a common-sense initiative, it insults the intelligence of all Americans.

Congress has the option of overriding the veto, but that will be a tall order. Not enough Democrats crossed the aisle in either chamber’s floor votes to sustain a veto override on a second round. The veto does do voters one favor, though. It exposes Obama for the extremist he always has been, one who can no longer hide behind the skirts of Harry Reid.