What to call a president's husband? Bill Clinton has ideas 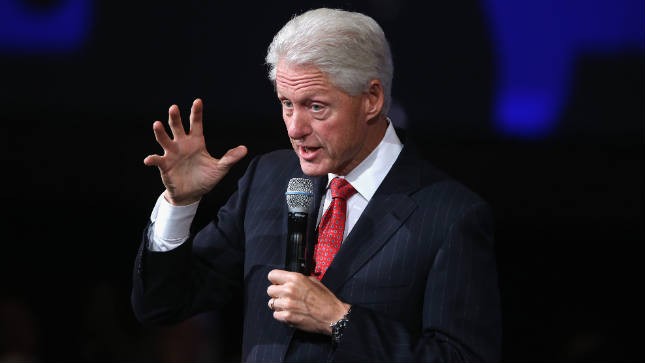 Bill Clinton did not answer the question about the presidential ambitions of his wife for a long time. But this question has been asked so often that the former President still presented himself as the husband of the first female President.

2016 is over for you, Republicans. Everyone knows Hillary is taking the White House with ease. Better start working on holding those House seats!

when she wins. not if. and for those of you rush listeners who remain willfully ignorant in this regard, red arrow me and we'll just see you when the election is over. there is not a single republican with a shred of a hope. in fact, they are all pretty laughable and the party is splintered beyond recognition. joke.

He wants to be called Adam if Hillary gets elected President. Is this going to be Adam, I want to molest young interns?