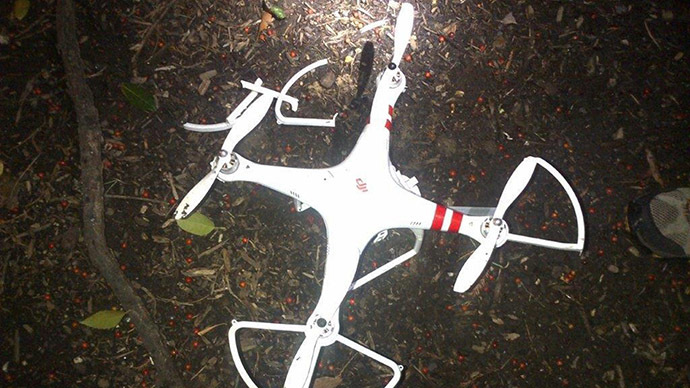 Drunk intelligence officer U.S. frightened the White house. Drunk campaigner launched a drone from a window of a building across from the White house. Knowing that the news was a sensation, he called the authorities and confessed to the crime.

The security issue re a drone and the White House should be a warning about drone-related security issues in general. Perhaps my home or business is not as important as the White House, but it does deserve security protection without me needing to shoot it down. There needs to be regulation of this technology, including circumscribing where they are allowed to fly.

The fact that this guy is an intelligence worker is completely irrelevant. Rather than the sensationalist "White House Drone Tied to Drinking by Intelligence Worker" a more honest headline would be "Drunk guy crashes remote control quad-copter."