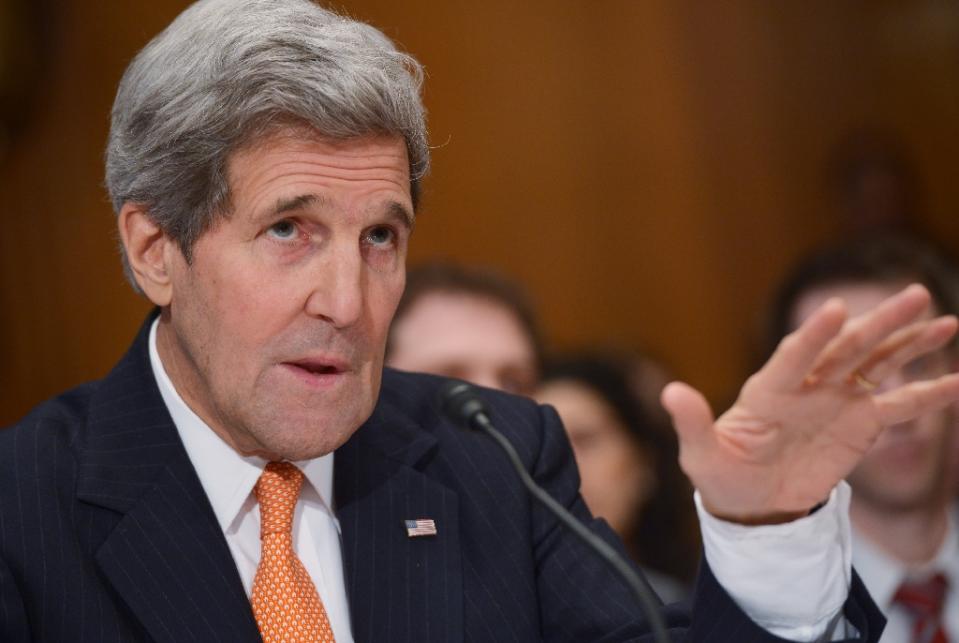 US Secretary of State John Kerry on Tuesday accused Russian leaders of lying "to my face" about Moscow's involvement in the conflict in Ukraine and denounced what he called Russia's "propaganda."

Kerry should stop been naive. There is nothing so surprised in Putin lying or not . Whenever we see Putin face we knew we are looking at a face of an international lier who has planted his propaganda machine as his representative at UN. So America should do whatever they want to do to help the innocent people of Ukraine and Syria. Putin has so much blood on his hand when we talk of the blood of the people of Syria, Georgia, Ukraine etc. He always have his way lately when we talk of Syria and Ukraine the West has failed the entire world as when as the so call security council. If security council members can not agree on a particular issue the best thing to do is to come back for general voting or what kind of democracy are we practicing. This is 21st century.