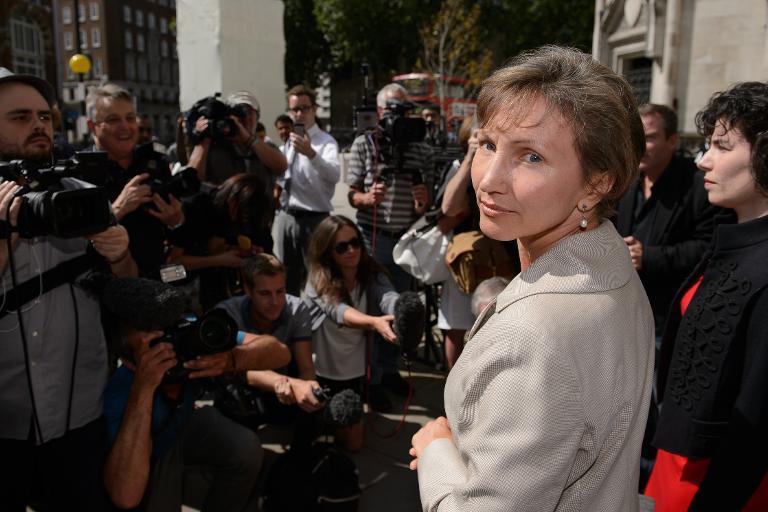 Marina Litvinenko, the widow of murdered Russian former spy Alexander Litvinenko, speaks to the media outside the High Court in central London, on July 31, 2014.

The U.S. secret service has received evidence of the involvement of the Kremlin to the murder of Litvinenko.

The National Security Agency (NSA) United States intercepted the correspondence between the main suspects in the murder of former Russian security services of Alexander Litvinenko and presented evidence that the Russian government contributed to his death.

Polonium-210 is made inside the fuel rods or a nuclear reactor and through a series of chemical reactions isolated in solution. The process is completed in a 'hot cell'. All activity (in mCi) is accounted for in inventory and the transfer of this material is carefully accounted for at each transfer. The individuals responsible for this material would not transfer it WITHOUT authorization and the assurance of its safekeeping. The implication is the authorization for transfer came from the highest levels of government. It is a painful slow death meant to warn others not to share incriminating information publicly.

We all knew putin killed him.

It was obvious. Litchi enjoy not only criticized putler but exposed that the aparments bombings in Russia were set up by Russian kgb/FSB in order to have an excuse for s war in Chechniya where putin killed close to 200 thousand most of whom were civilians.

not too many people have any polonium-210 flavored tea in their homes to spare.