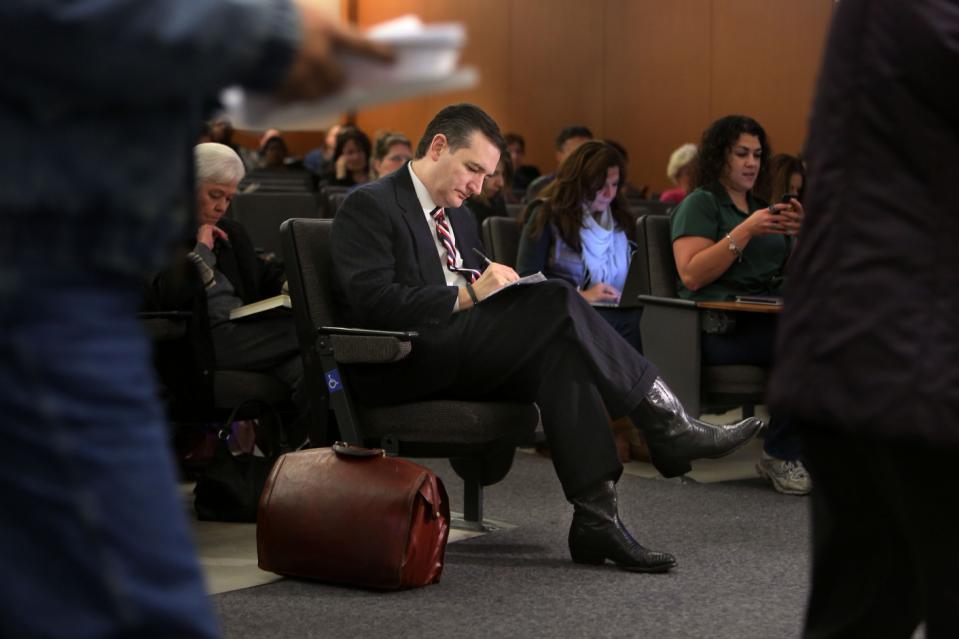 Republicans in Congress don't have a specific plan to stop disabling the Department of Homeland Security.

Events in Europe are putting political divisions of the Republicans under the close attention.

It is like watching a soap opera anymore. Titled as the world burns. How close to disaster can we come without going over the edge. Playing politics with peoples fears. It is a shame we can't do the same thing to these guys that they do to teachers everyday. The principal comes into the classroom with an evaluation sheet. And sets there for twenty minutes or so jotting things down as you teach. If the evaluation does not go well you the teacher can be placed on a disciplinary probation and eventually gotten rid off. Well, we could do the same for these gubbers in congress. We could have an evaluation committee in Washington continually evaluating each congressmen's job performance. And if that congressmen was not performing up to stuff that person would no longer be a congressmen and they would have to have new elections in the district where the congressmen had been fired from the job by the congressional evaluation committee. Hey, teachers are public servants and congressmen are public servants so I think we should go ahead with this.

All you people out there push education reform well now this teacher wants to push congressional reform.

How about this? We totally defund the Homeland Security Department and go back to what was a highly successful (if they would just share information) model of the FBI investigating and stopping domestic intelligent/terrorists threats, then combining the NSA and the CIA since their agencies have a lot of redundant functions. At the same time, we demand more oversight from our politicians who are supposed to be monitoring these agencies.

And last but far from least, we get away from the redundant/contractor driven/incredibly expensive national security state that has arisen in America (now known as the Land of the Corporate/Intelligence State and Home of the Perpetually Afraid). And we use some of the enormous amount of money we would save on port and border security.