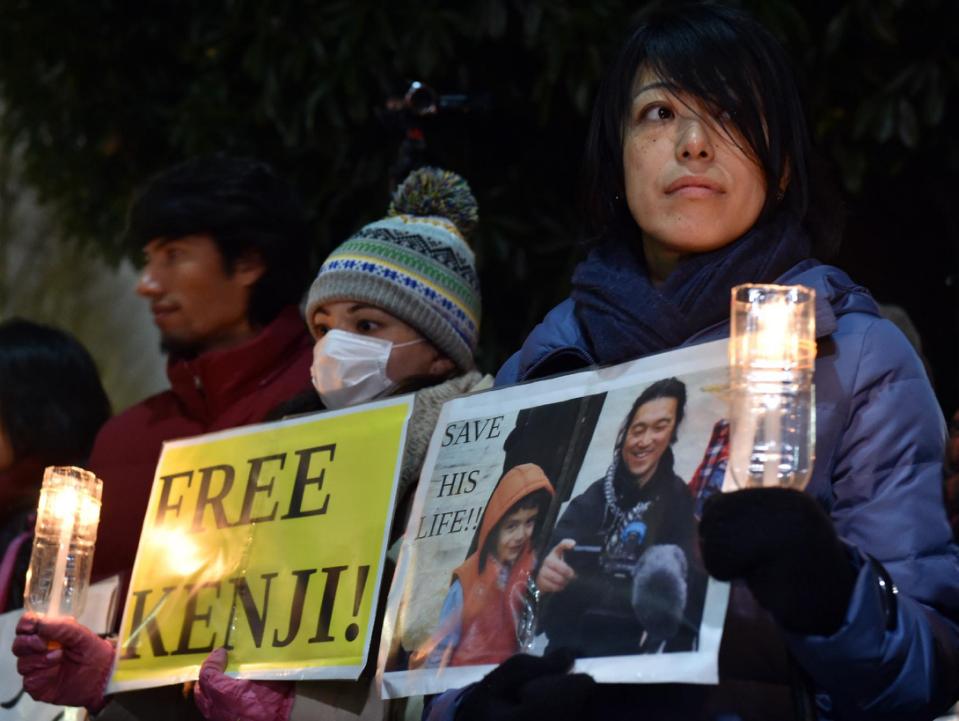 Japan's deputy foreign minister has said negotiations with the Islamic State group threatening to execute a Jordanian pilot and a Japanese journalist have become "deadlocked".

If ISIS can't even prove the Jordanian pilot is alive by now, this all smells fishy. The group hasn't even proved conclusively that the first Japanese was killed, or that the other one is still alive. Hopefully this indicates that their fancy communication capabilities have been degraded by our attacks.

seems like jordon pilot is dead since no proof of life , Once its clear that Pilot and japanese reporter is dead , Jordon should send the lady to firing squad and show it on live tv IN iraq there are hundreds of foreign isis fighers dead bodies rotting They should take photos of this and put it on computer and tv Isis offers nothing Only uses people