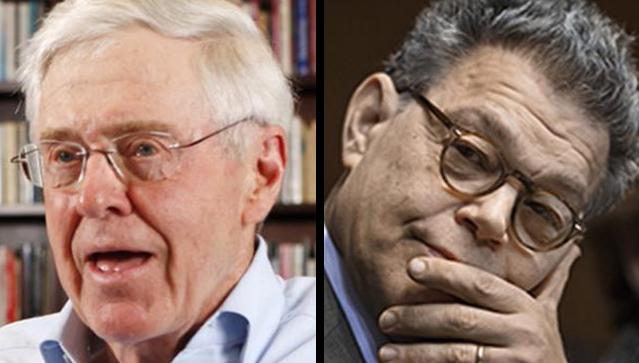 Only one issue in Washington right now could bring together the Koch brothers’ top lawyer, an environmental activist, the former head of the NRA and Sen. Al Franken.

When I was in high school so many of the stoners were always high on pot and it was plentiful. It was almost a joke for a student to be stoned now they throw you in jail, now the cops walk their drug sniffing dogs through the school halls, now they close down cities because of a few inches of snow! What has this country become? Bunch of crying babies looking to the government to save us from the dangers that lurk around every corner. Pitiful.

Criminal justice reform will be incredibly difficult if not down right impossible because of prison lobbyists. There are far too many private corporations/individuals that make millions in profits off of our prison system. The prison system should never have been privatized. Whenever you privatize something, it becomes all about profit not people. Anything that cuts into that profit will not pass Congress, especially if it means less prisoners. Prisoners are their #1 commodity, hence the war on drugs. Without the war on drugs, our prisons would have 50% less people in them.

.. Ah, America! "Land of the free," #1 country in imprisoned citizens.