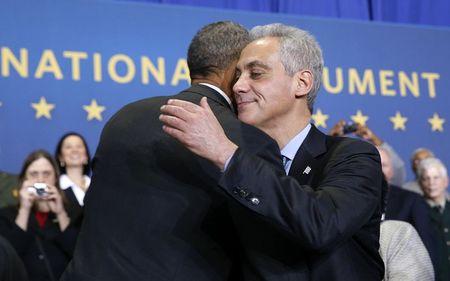 In a surprise result that showed the limits of a big-money campaign, Chicago Mayor Rahm Emanuel failed to get more than 50 percent of the vote in Tuesday's election, and must face a run-off against second-place finisher Jesus "Chuy" Garcia in April.

The thing people might not realize from reading this article is that there were more than two candidates in this race and that 54.6% of Chicago voters actually voted against Rahm Emanuel despite the fact that he spent obscene amounts of money on television commercials that he started airing in November to turn around his approval ratings which were far below 50%. Jesus "Chuy" Garcia who came in second didn't air his first television ad until two weeks ago. Rahm Emanuel really needed to avoid a run-off--it's extremely unlikely that voters who cast their ballots against Emanuel today are going to change their minds April 7 regardless of how much money he spends to try and buy the mayor's office.